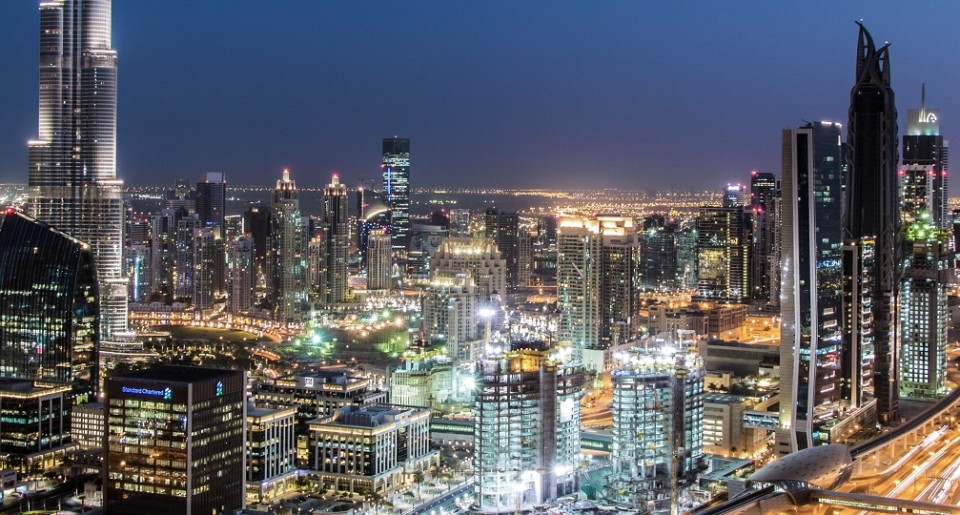 Recently I heard a podcast from the BBC about what it means for oil producing countries when we, as climate activists, achieve our goals. Those goals are, at least as far as I am concerned, about fighting global warming. To do this, we must quickly get rid of our fossil energy addiction: we must keep oil, gas and coal in the ground. But that means no more income for countries that are very dependent on the export of fossil fuels. In that respect, what does climate action mean for those countries?

Urgent action is needed to counter the dire consequences of global warming. These consequences for people, climate, soil and biodiversity are becoming increasingly severe. Drought, extreme heat, forest fires, floods, hurricanes, diseases, insect plagues… to name a few. I am deeply concerned for the future of my children: how fertile will the earth be in 10 years? What happens with people who are no longer able to live in Africa and the Middle East due to extreme heat and drought?

Fossil fuels in the ground

We need to eat more plant-based food, make more long-distance train journeys instead of using the airplane and electrify our industry, heating and transport. And of course use more sustainable energy via wind, sun, green gas, hydrogen, earth and tidal energy and so on. This means that we have to get rid of fossil fuels such as oil, gas and coal because they produce the greenhouse gas CO2 when burned. “Keep it in the ground” is a slogan I heard a lot during the climate marches of the past years. Thanks to accelerated innovations in sustainable energy technologies and battery technology, the need for fossil fuels can decrease even faster.

Anyway, this all isn’t really anything new. What was new to me was to hear how enormously the oil countries are still dependent on revenues from those fossil energy sources. Half of Russia’s government budget consists of oil and gas revenues. In Saudi Arabia this is even close to ninety percent. In 2012, Iraq’s total export value was $ 94.3 billion, of which the share of petroleum and oil products was $ 94.0 billion. So less than 2% of all export revenues came from products other than oil.

Suppose this income is lost, what kind of countries are left? How satisfied are the inhabitants then and how does that affect life there and in Europe? The experts in the BBC podcast warn that oil countries can transform into so-called “failed states”: states where the government can no longer provide for the basic needs and safety of their own citizens. This can lead to, among other things, large migration flows and uprisings.

A research report from Rabobank (in Dutch) also indicates that “In the future, the risk of demonstrations and riots will increase if the incomes of the population is affected by the policy”. And these incomes are already being affected now that a country like Saudi Arabia, for example, imposes new taxes on citizens and lowers subsidies. And Kuwait is debating the possible early opening of the so-called “Future Generations Fund,” a $ 550 billion state savings bank. This because the once wealthy oil state is in financial trouble due to low oil prices and a lack of an “after oil” economic infrastructure.

Diversification of the economy

Already in the 1970s, economists advised the oil producing countries to diversify their economies: not only depend on fossil energy, but also invest in agriculture, industry, the service sector and (ICT) technology. Until now, this has been followed up in various ways. A report from the IMF states that investments are being made in the Gulf States for more entrepreneurship and better education. They also try to set up new services and industries for the higher educated. The development of further diversification is often dependent on oil prices: less oil income means less investment in a new economy.

As an example of a vision for the diversification of their economy, Saudi Arabia recently drafted a Vision 2030 plan which states:

A key focus for Vision 2030 is in creating an environment which unlocks business opportunities, broadens the economic base, and creates jobs for all Saudis. We will achieve this by leveraging Saudi Arabia’s unique location and potential, attracting the best talent, and increasing global investment.

Dubai as an example?

Dubai, one of the seven United Arab Emirates (UAE), has been actively generating income from alternative sources for some time now. Tourism, financial services and air travel (Emirates Airlines and two international airports) are examples of sectors not directly linked to oil production. The Emirate is also investing in sustainable projects such as the energy-neutral community Sustainable City and a mega solar panel park with which it wants to be the city with the lowest CO2 footprint on earth by 2050. In addition, rules have been drawn up to make the built environment more sustainable: Dubai wants to waste less energy and water and use raw materials efficiently.

At a micro level, the government is encouraging its residents to live a greener life by, for example, building cycle paths throughout the city, a promise made in August 2020 by sports enthusiast Sheikh Hamdan bin Mohammed, the crown prince of Dubai.

Indirectly, however, sectors such as tourism and the aviation industry are again dependent on fossil fuels and the question is what Corona will mean for its further development. This does not seem favorable in advance: In June 2020, for example, 93 percent fewer people in the Netherlands traveled by plane than in June 2019. But also: how attractive is it to live and celebrate holidays in countries that are becoming extremely hot and unlivable due to global warming?

And yet: if we want to achieve the climate goals to keep the earth as a whole liveable, we must keep oil and gas in the ground. The diversification of the economies of oil producing countries is then of great importance to maintain well-being and safety there and here.

I just can’t imagine what that diversification might look like? Still tourism or services? Or agriculture? But where and how? Or industry? And what kind of industry, at least an industry that is not dependent on fossil energy …

I can not figure this out. Hence this question to experts and climate activists: What ideas do you come up with? Mail them to me (info (at) carbonfootprintmanagement.com), summarized in a maximum of 5 sentences, then I will place them at the bottom of this blog.

Thanks to Ymke Raymakers for editorial input and beautiful photos taken in Dubai, Iran and Oman.

Interesting piece and I believe I do have ideas. For example, I can imagine that there are sustainable agricultural opportunities that can generate income. With the help of efficient irrigation and making the soil rich again, there are opportunities for these countries to broaden the economy in a sustainable and climate-proof manner. For example, consider the farming options described on the “Drawdown” project.

I would advise to investigate all the possibilities of solar energy technology and become a global player in this. Knowledge, production of panels and generation and distribution of sustainable energy by these countries themselves. Also investigate whether any form of vegetable / crop growth is possible in the shadow of the installed solar-panels.